Jamie Metzl: The coronavirus broke the world. How can we build it back better - Rancho La Puerta Learn about our health and safety protocols. 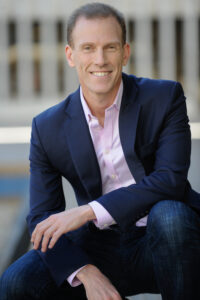 Jamie Metzl is a leading futurist, geopolitical expert, science fiction novelist, and media commentator and a Senior Fellow of the Atlantic Council. He was appointed to the World Health Organization expert advisory committee on developing global standards for the governance and oversight of human genome editing. Jamie previously served in the U.S. National Security Council, State Department, Senate Foreign Relations Committee, as Executive Vice President of the Asia Society and with the United Nations in Cambodia. Jamie appears regularly on national and international media discussing global issues and his syndicated columns and other writing on Asian affairs, genetics, virtual reality, and other topics are featured regularly in publications around the world. He is the author of a history of the Cambodian genocide, the historical novel The Depths of the Sea, and the genetics sci-fi thrillers Genesis Code and Eternal Sonata. His book Hacking Darwin: Genetic Engineering and the Future of Humanity was released in 2019. An avid ironman triathlete and ultramarathoner and former White House Fellow and Aspen Institute CrownFellow, Jamie holds a Ph.D. in Asian history from Oxford, a JD from Harvard Law School, and is a Phi Beta Kappa Magna cum Laude graduate of Brown University.

Learn to Do Your Own Podcast

Chats with Barry: Learn How to Use Your iPhone as a Camera