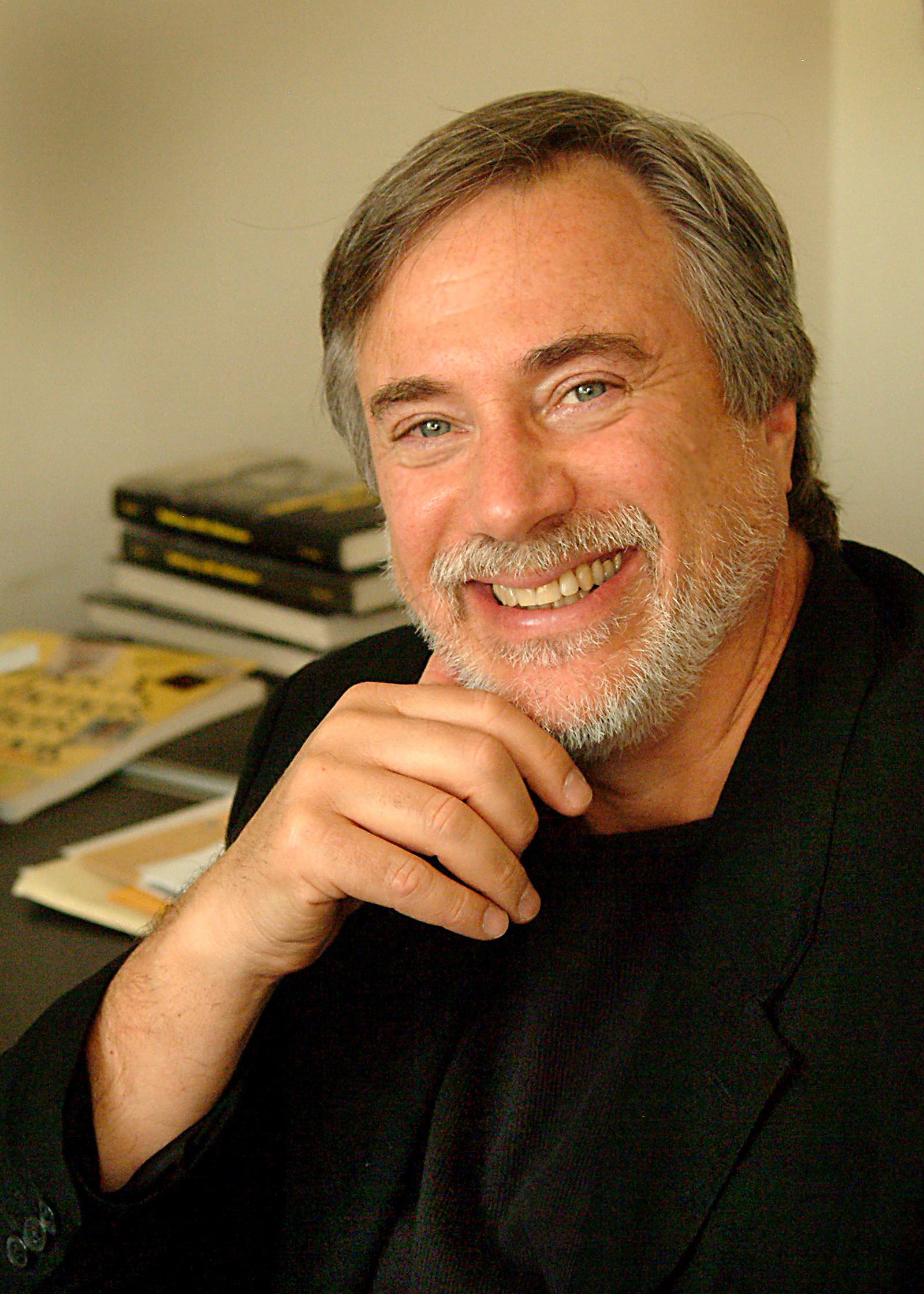 For all of you aspiring writers out there, you don’t want to miss Lawrence Grobel at the Ranch the weeks of April 13th and September 21st for his Memoir Workshop & Lecture.  Lawrence Grobel is the author of 18 books and countless interviews with A-list celebrities such as Al Pacino, Marlon Brando, the Houstons and Barbara Streisand.  He has been featured in Esquire, GQ and, most famously, in his Playboy interviews.  I was honored to have the chance to interview Lawrence about where his passion for writing comes from, his career and how a writer can navigate the publishing world today.

Kate Bello: When did you first become interested in writing?

Lawrence Grobel: I was 15 when I discovered the very real benefits from writing. Newsday, our Long Island newspaper, sponsored a contest open to all high school students—each month for 8 months they chose a topic that would be judged by professors from Hofstra and C.W. Post Universities and a Newsday editor. The first topic was “America’s Three Greatest Presidents.”  I won that one, and my essay was published in Newsday along with my photo and small bio. I won a watch (which I still have!) and a trip to Washington D.C. where I got to meet Robert Kennedy (the Attorney General at the time) in his office, and my New York Senators, the head of the FBI and some other notables.  All of this for writing 600 words about some Presidents. If writing could garner that much attention, it certainly seemed worth pursuing.

KB: Describe the moment you realized that you wanted to be a writer.

LG: I think I just answered that above. I became the editor of my high school newspaper after that contest, then I wrote some poems that got published in a national magazine, then I wrote a weekly column for my college newspaper (UCLA) and edited the campus humor magazine for three years. And when my freshman English professor agreed to let me try to write a novel instead of writing the assigned papers, I felt that this was what I was supposed to be doing. I’ve never looked back.

KB: You’re known for your interviews, but what were your aspirations when you first entered the world of writing?

LG: I wanted to be a novelist. The writers that most inspired me were James Joyce, J.P. Donleavy, Norman Mailer, Franz Kafka, J.D. Salinger, and Fyodor Dostoevsky. And thanks to Amazon’s White Glove Program for writers, I’ve been able to self-publish two of my novels recently, Catch a Fallen Star, and Begin Again Finnegan.  Both deal with actors and family life, but in very different ways.

KB: How did you land your first interview?

LG: I was writing articles for Newsday when I decided to move to Los Angeles just to write novels. And my Newsday editor called and asked if I would interview Mae West for them. I did, and then he asked if I would interview other celebrities. I wound up talking to Jane Fonda, Cher, Lucille Ball, Ray Bradbury, Henry Moore, Hugh Hefner and dozens of others. Interviewing began to intrigue me, and I wanted to take it to a deeper level, and that’s when I started writing for Playboy. That allowed me to spend weeks and months with people who rarely were willing to spend any time at all with strangers.  And some of these interviews have led to books with Marlon Brando, Truman Capote, James A. Michener, Al Pacino, Robert Evans, John Huston, and Montel Williams, as well as a book about the subject itself, The Art of the Interview.

KB: You’re known for interviewing A-list celebrities, everyone from Brando to Pacino to Streisand.  What was it like being part of these celebrities’ lives, getting to know them and seeing a side of them that we don’t normally see?

LG: This is too large a question to answer in brief. But I have answered how I became an interviewer and what it was like to start with Mae West and spend 9 months with Barbra Streisand and two weeks with Marlon Brando on his island in Tahiti in a memoir I put up on Amazon called You Show Me Yours.  The last two full chapters deal separately with Streisand and Brando.

KB: Which interview has been your favorite so far?

LG: Some of these interviews are like children—you spend so much time with certain people, they become favorites until you’re with the next one.  But I’d have to say the ones that turned into books are probably the ones that most fascinated me.

KB: You’ve written 18 books and have done countless interviews.  What are your goals today as a writer?

LG: My goals haven’t changed since I was 15. I just want to continue writing. Now that Amazon and the Internet have opened things up so you can bypass the years-long process of dealing with agents and publishers, I feel we’re entering a creative new world. Of course, there will be a lot of junk that is self-published, and it won’t be easy to get readers to find what I’ve written, but I believe that the work holds up and that over time people will start reading my novels, or the memoir, or the satire on yoga (The Book of Shmoga), or the collection of profiles (ICONS), or the 150 short poems about celebrities (Celebrity Salad). I guess you could say that my goal is to find an audience for what I’m writing so that I can continue writing for that audience.  I have another novel about Africa that I’m working on (I lived in Ghana for three years when I was in the Peace Corps).  I have a screenplay I want to write based on the Finnegan novel. I spoke at the Ranch once about the lessons I learned from interviewing, and a guest came up to me and suggested it would make a good book, and I’ve been working on that.  So the goal is to keep at it.

KB: What is your favorite part of the writing process?

LG: Clearing my desk, avoiding distractions, and just getting into the work. It sometimes takes a long time to do that. But once the story gets going, it’s just a mental challenge to keep it moving, make it interesting, and keep ‘em guessing.

KB: Because the publishing world is so different than it was even 20 years ago, do you have any advice for aspiring writers?

LG: My advice is to look into doing what I’m currently doing: self-publishing. It’s extremely difficult to earn a living as a freelance writer these days. I did it, but I don’t think I could do it if I was starting out now. So many magazines that I’ve worked for have folded, or gone on-line; so many editors aren’t using freelancers, or when they are they are paying them much less than what I was paid.  But that shouldn’t discourage real writers. Because now you can get a job teaching or in insurance or as a yoga instructor or driving a UPS truck—and write in your off hours. You can self-publish what you’ve written when you feel it’s ready. And then start asking your social network friends to help you find an audience. Good work will rise. It just takes time and a strong belief in yourself.

KB: I took one of your Memoir Writing Workshops at the Ranch last year, which I thoroughly enjoyed.  You spoke quite a bit about keeping a journal, and I’ve been writing daily in mine ever since.  Why is writing daily in a journal such an important piece of the writing process?

LG: It’s like anything else. You can’t be a good musician if you don’t practice. You can’t be a good athlete if you don’t work hard at it. You can’t sing like Pavarotti or Nora Jones if you aren’t working hard with your teachers.  Writing is really RE-writing. You sharpen your pencils, you make your outlines, you figure out your storyline, and then you discover that your characters start saying things you never intended, and you go with them… and it’s such a thrill.  But then you put it away and go back to it and you see if it makes sense. And you rework it. You show it to people you trust. You develop a thick skin because you will absolutely need it if you want to survive being a writer. If you keep a journal you are forcing yourself to write every day. You will put down things you will forget about a year from now. And three years later you will walk somewhere and be reminded of something back in time and you will go to your journal and there will be some details that may spark a new story. Truman Capote told me he wrote all the pieces in Music for Chameleons from his journal. Joyce Carol Oates showed me the details to many of her novels from her journals.  It’s a practice well worth doing.

KB: You will be back at the Ranch in April and September of 2013 with your Memoir Workshop & Lecture.  Can you tell our readers what they can expect from your workshop?

LG: I just try to introduce people to the immediate benefits from writing something personal. There isn’t enough time to cover the art of the memoir in three one-hour meetings at the Ranch, but there is enough time to demonstrate how much one is capable of producing in a short time. And if you can take that away with you and multiply it by weeks and months, you might be inspired to continue to write. If you can learn to write just 300 words a day, you will have a hundred-thousand word manuscript in a year.  William Faulkner’s As I Lay Dying is only 60,000 words. He said it was his favorite novel. And he wrote it in six weeks. The Ranch is a place where you go to be inspired.  I just try to stimulate one’s imagination.

KB: Thanks so much Larry!  We look forward to seeing you at the Ranch this year!

To learn more about Larry, you can visit his website at www.lawrencegrobel.com.   You can find the books Larry mentions in this interview here.