Voices Of The Ranch - Rancho La Puerta Learn about our health and safety protocols.

Voices Of The Ranch

Live streaming discussions from The Ranch

Join us for Chats with Barry featuring Ranch guest presenter Zak Dychwald for a discussion about how millennials are changing China and the rest of the world. 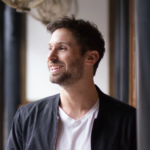 Zak Dychtwald is the author of Young China: How the Restless Generation Will Change Their Country and the World and founder of Young China Group, a market insights firm based in Beijing dedicated to bridging the world and China. Zak has been invited to share his expertise for audiences on five continents and at events such as the Aspen Ideas Festival and the Wall Street Journal CEO Summit. A 30-year-old Columbia graduate from Northern California, he is a fluent Mandarin speaker splitting time between China and the US.

Get the Livestream Link

Live from The Ranch!
We look forward to connecting with you virtually every week with our fascinating presenters and talented staff.

Listening, expressing, acknowledging, healing, embracing, and leaning into each other are some of the basic tenets by which we define The Ranch’s existence. With “Voices of The Ranch,” our resolve is to bring you thought provoking and moving conversations to help us examine our beliefs and our opportunities, reaffirm our shared humanity and see how we can become better allies, standing for justice and compassion.

These may be uncomfortable and challenging, but also insightful, and inspiring. We can’t promise how they will turn out; we can promise that we won’t let fear get in the way of our mission to be a place for healing and transformation. 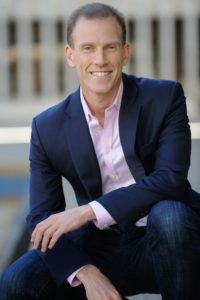 Jamie Metzl: The coronavirus broke the world. How can we build it back better?

Jamie Metzl is a leading futurist, geopolitical expert, science fiction novelist, and media commentator and a Senior Fellow of the Atlantic Council.  He was appointed to the World Health Organization expert advisory committee on developing global standards for the governance and oversight of human genome editing. Jamie previously served in the U.S. National Security Council, State Department, Senate Foreign Relations Committee, as Executive Vice President of the Asia Society and with the United Nations in Cambodia. Jamie appears regularly on national and international media discussing global issues and his syndicated columns and other writing on Asian affairs, genetics, virtual reality, and other topics are featured regularly in publications around the world. He is the author of a history of the Cambodian genocide, the historical novel The Depths of the Sea, and the genetics sci-fi thrillers Genesis Code and Eternal Sonata. His book Hacking Darwin: Genetic Engineering and the Future of Humanity was released in 2019. An avid ironman triathlete and ultramarathoner and former White House Fellow and Aspen Institute CrownFellow, Jamie holds a Ph.D. in Asian history from Oxford, a JD from Harvard Law School, and is a Phi Beta Kappa Magna cum Laude graduate of Brown University.

Stay tuned! I’m excited to share some of what is happening at your ‘home away from home’ each week.  -Barry

Ask Barry and Deborah a Question: