The idea of the victory garden* is resurfacing as people all around the world are spending more time at home, many re-considering where their food comes from and how they can build more resiliency for the future. Just as during WWI and WWII, small scale home gardening is still an incredibly useful tool for people to grow fresh, delicious food, spend valuable time outdoors while social distancing and reducing pressure on the national and global food supply systems.

Starting your home garden can be easy and fun. Gardening can be done regardless of how much space you have available. While some of us have entire lawns that can be converted into food production space, others have patios or windowsills where food, herbs and flowers can be grown in pots and other containers. If you’re starting out as a home gardener, the goal shouldn’t be to produce all of your own food, that will be nearly impossible! A more attainable goal is to grow a portion of your own food, even if it’s lettuce and herbs to start. If you are looking to become mostly self- sufficient, a quarter-acre or more growing area, intensively gardened and with a henhouse for eggs will be more than enough to be on your way.

The first step in starting to grow your own food is to prepare the area where you will be planting. If you are planting into the ground, for example in a yard or place around your home allow space for paths so you do not compact the soil of your garden beds as you walk through to tend your plants. If you are blessed with fertile native soil, you’re in luck! You can begin to prepare your beds directly in place. If you lack fertile soil, organic matter will need to be added to improve the area you plan to plant. Those with rocky ground or clay soil might find it easier to build raised beds that can then be filled with organic matter such as compost and leaf litter from the yard.  For those of us container gardening, remember, store bought pots are not the only solution. Many different types of containers can be used for growing, so get creative. Regardless of how you choose to grow, compost will be an essential amendment to any garden, so preparing your own compost pile from the get go will be crucial. Here are a few examples of at home composting systems. 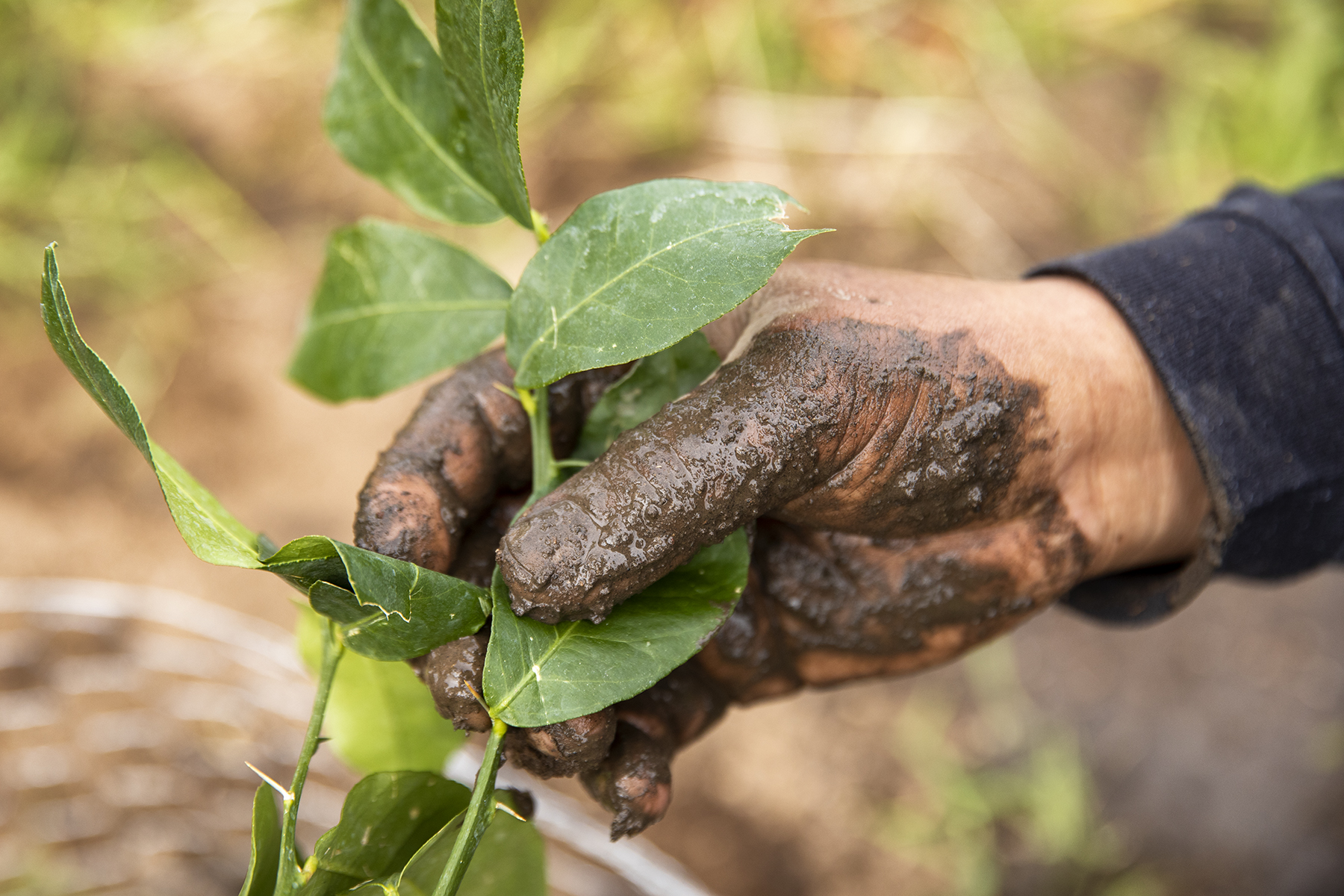 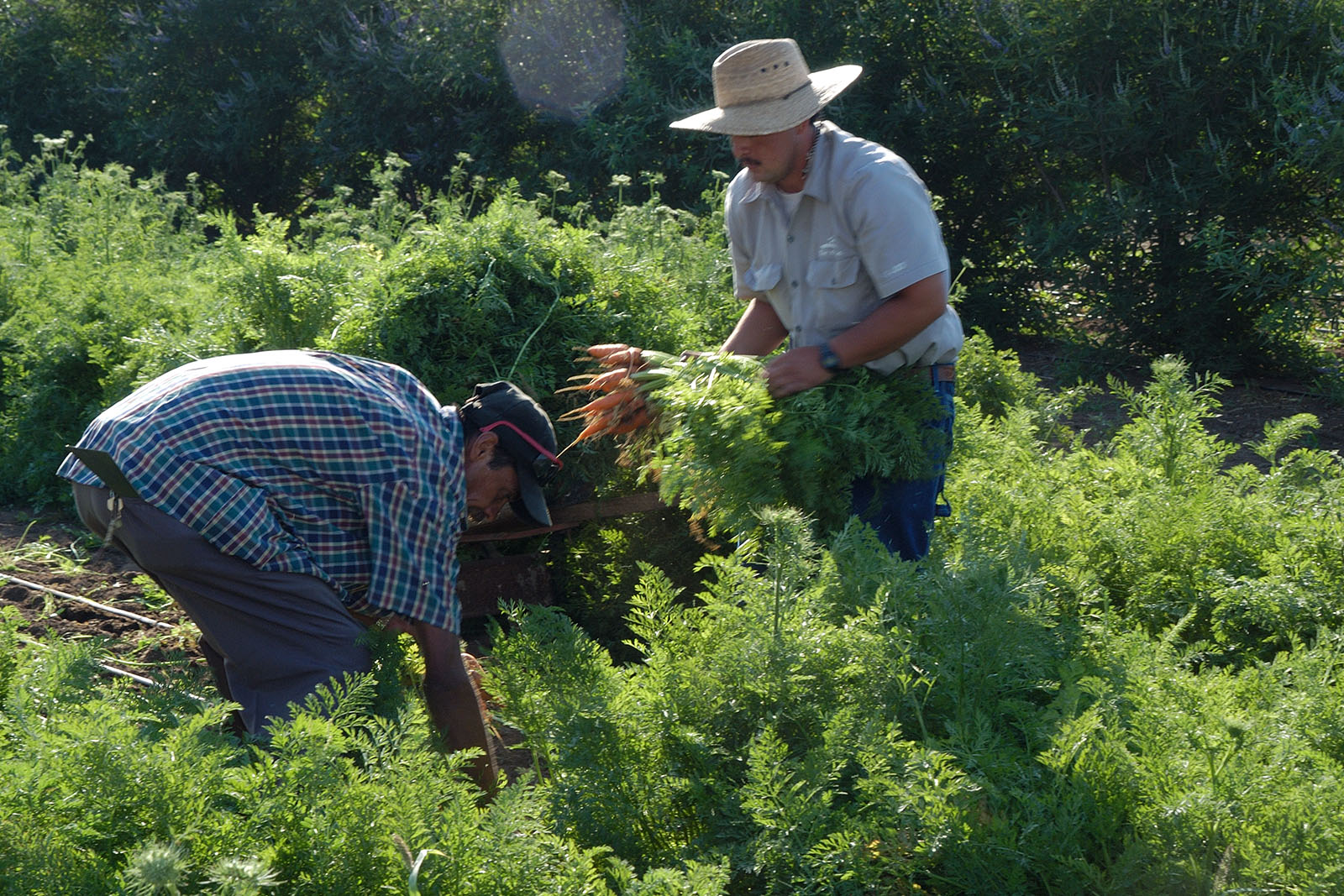 Be sure to choose a place with plenty of sunlight to grow your crops. A few leafy vegetables and herbs will take partial shade, but most plants will need at least six hours of direct sunlight daily. If you have a shady backyard, consider converting your front yard into a place for food production. Or sneak a few edible vegetables and herbs into already landscaped areas around your home.

Access to water is of course very important for a successful garden of any size. Make your watering routine as efficient as possible from the beginning as it is something you will be doing multiple times a day in the height of the summer. Be sure to position growing beds away from areas with poor drainage.

For those who have deer or other hungry critters around, fencing will also be an important component of your modern-day Victory Garden. There are many different types of fencing that will work, and some options are low cost and easily made at home. Check out this example from the Maryland Extension service for an easy, homemade multi-critter barrier.

Once you have your growing space set up, it’s time to plant. In many parts of the United States, three overlapping growing seasons can be incorporated into one garden, especially if season extension is being used, like a greenhouse or row covers. Use the USDA hardiness zone map to determine average planting dates for your region. The three essential growing seasons for much of the US are March to June, May to September and August to November. The first period includes food crops such as leafy greens, broccoli, cabbage, kale, chard, root vegetables and hardy herbs.

As the danger of frost disappears and the soil begins to warm, usually by mid-spring, the second season begins. It’s now time to transplant your tomatoes, eggplant, peppers, basil and other heat tolerant plants that you either started indoors earlier in the spring, or bought as transplants from a local source. During this second season, cucurbits, like cucumber and winter and summer squash, can also be directly sown into your garden. Sweet corn, okra and sweet potatoes can be sown directly during this time as well if your gardening space allows.

Mid to late summer is the last growing season of the year for most, and it’s the time to prepare your fall garden. Loose leaf and heading lettuce, Asian greens, kale, collards, turnips, carrots and arugula are great crops for the fall garden. Beans do well in all three seasons and can be planted in mid-spring, and then every two weeks until August for a successive harvest until fall. In fact, using succession planting for as many crops as possible throughout the year will ensure a more consistent food supply from your garden.

For more information on how to start a garden, connect with your local community of gardeners, such as your local Master Gardener chapter. Ask your local garden center or community college about classes and seminars to learn more about the basics of home gardening.  Online resources from Universities and University Extension services can be helpful as well. If you’re looking for seeds, connecting with local networks is always the best option. However, if those aren’t available, some highly recommended seed companies include Baker Creek Heirloom Seeds, Johnny’s Selected Seeds and High Mowing Organic Seeds. For a blast to the past, check out these USDA Victory Garden resources that have been electronically archived. A lot of the information found in these guides is still relevant today. 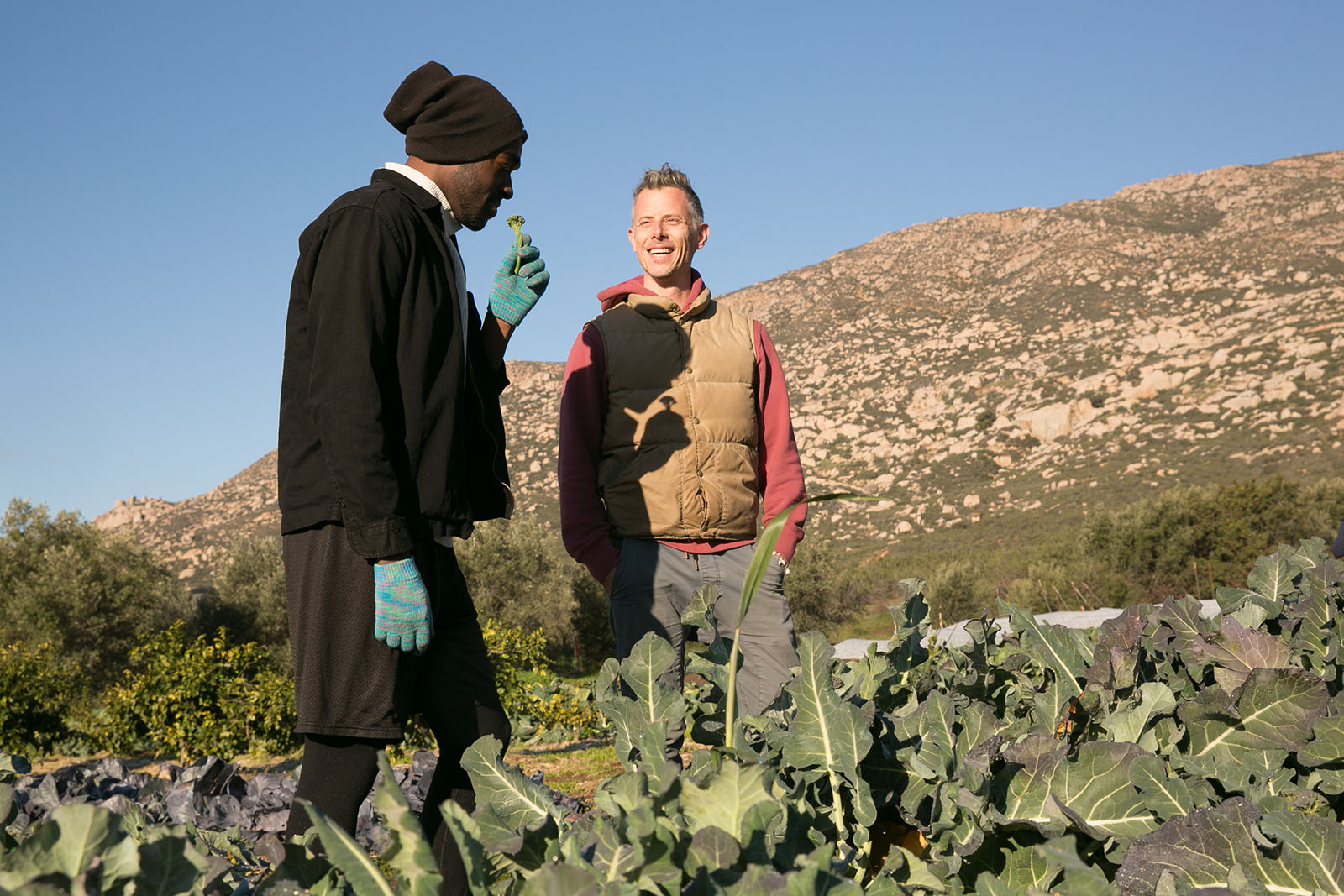 Remember, growing your own food at home today at any scale is an act of resiliency, just as is was for the Victory Gardeners of WWI and WWII. Times like the present remind us how important it is to be self-sufficient and provide as much as we can for ourselves. Growing a garden of any size is a rewarding and therapeutic activity that will reap benefits for months and years to come. Multiple generations gardening together can cultivate the lost art of storytelling and wisdom sharing. All humans, regardless of who we are or where we live, need food to survive and thrive. Growing food as a family or a community can unite us in ways that have been long forgotten, and allow us to create resiliency at the individual, as well as the community level. 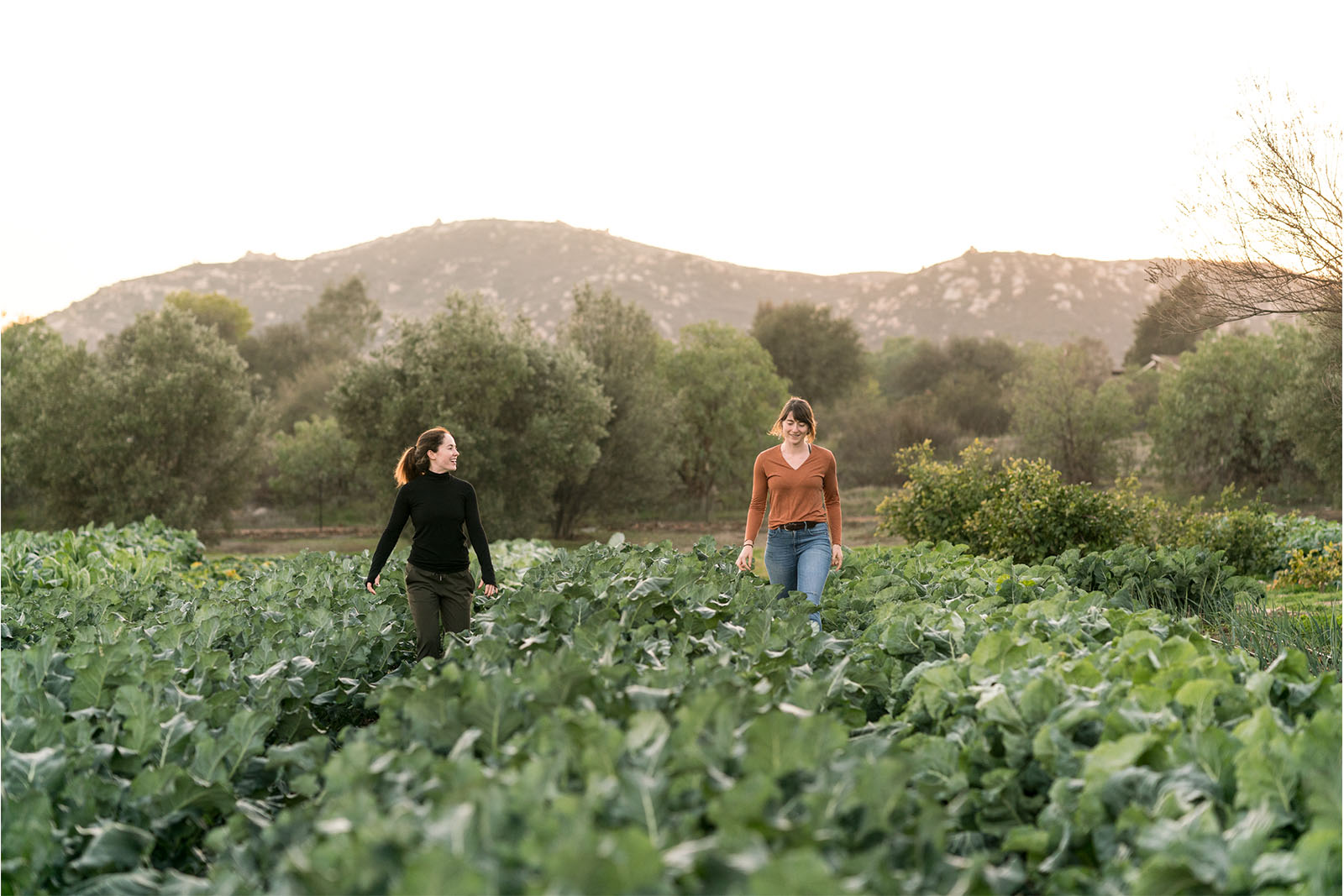 *Victory Gardens, also called war gardens or food gardens for defense, were vegetable, fruit and herb gardens planted in yards and public parks during World War I and World War II. During war time, governments around the world in countries such as the United States, United Kingdom, Canada, Australia and Germany encouraged people to sow Victory Gardens in order to supplement their diets and boost morale. With more people growing food at home, the pressure on the public food supply was also greatly reduced.  During the wars, Victory Gardens became a part of daily life on the home front.

During WWI, food production fell dramatically as agricultural labor was recruited into the military, and farmers who remained on their land were devastated in many ways. In March of 1917, Charles Lathrop Pack organized the US National War Garden Commission and launched the War Garden Campaign. The campaign resulted in over five million gardens in the USA, and food production exceeding $1.2 billion by the end of the war. Woodrow Wilson set a national example of small-scale home farming by grazing sheep on the South Lawn of the White House, to avoid mowing the lawn and display how animals could be incorporated into a relatively small area.

Then again during WWII, the United States Department of Agriculture encouraged Victory Gardens for food production, physical exercise outdoors, psychological health and community development. The additional food production also aided in lowering the price of vegetables needed by the US War Department to feed the troops. By May of 1943, there were 18 million Victory Gardens in the United States- 12 million in cities and another 6 million on farms. Eleanor Roosevelt planted a Victory Garden on the White House lawn in 1943 as a political message to the people that Victory Gardens could not only supply fresh, nutritious food, but were a sign of patriotic duty during hard times.