Origins of The Ranch Part LI - Rancho La Puerta Learn about our health and safety protocols.

Since day one in 1940, Rancho La Puerta has enjoyed a long tradition of afternoon and evening “talks” and lectures in which guests hear from a distinguished expert, researcher, author, newsmaker, philosopher and the like. It began with “The Professor” of course: co-founder Edmond Szekely sitting outdoors each afternoon with our first guests under the great arching branches of two oak trees.
Sometime in the late-1990s, upon co-founder Deborah Szekely’s return from spending
over a decade in Washington D.C.—much of it as a diplomat and executive director in charge of a federal agency known as the Inter-American Foundation—Deborah began her own series of informal talks with the guests, usually on Tuesday evenings at 8 pm, right after dinner.

Now 94, she continues to do so today and relishes the experience every time.

A few years ago, one guest—art educator Renee Sandell, Ph.D., of Washington D.C.—attended her first Deborah talk and transformed some of the words and phrases she heard that night into a unique form of visual communication, such as the two examples you see here.
Like Deborah’s talks, Renee’s artworks are never the same. She’s now presented Deborah with four of these artworks that “create as well as [help] understand complex layers of meaning in visual language.” Her exploratory method is detailed on her website Form+Theme+Context…A Balanced Way of Seeing. She’s also taught the program at The Ranch, most recently in December, 2016, and is sure to return again.

In the meantime, enjoy these visual explorations of Deborah’s multi-faceted mind!

The Ranch is also thinking of making a few of these inspiring creations available in the Mercado, perhaps as finished plaques. If the idea of having one interests you, let us know at graphics@rancholapuerta.com. 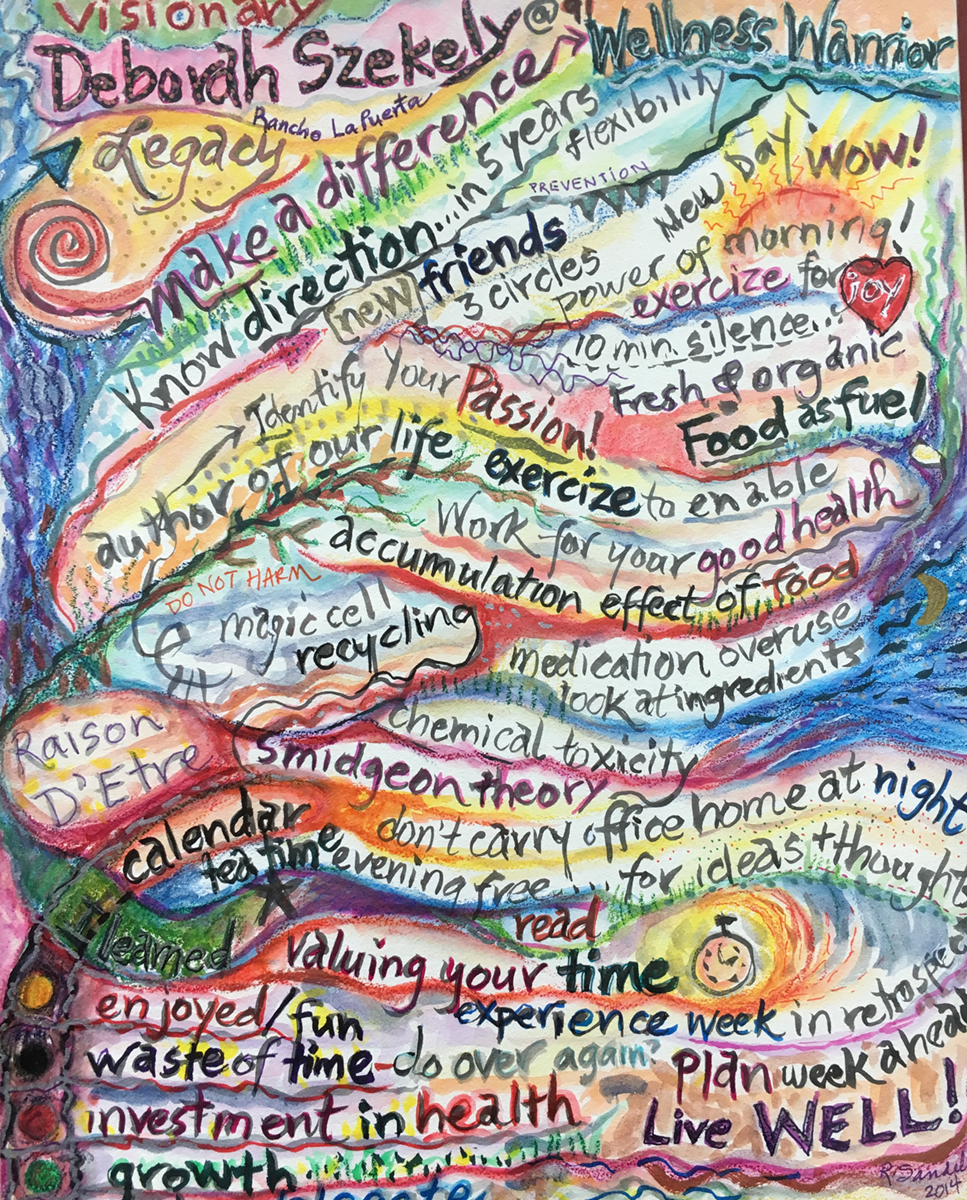 NEXT
Origins of the Ranch Part LII