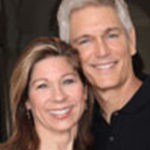 Larry Lane made his professional debut in the musical Best Little Whorehouse in Texas working with famed choreographer/director Tommy Tune. In Broadway Tours he performed the role of “Mendel” in Hershel Bernardi’s production of Fiddler on the Roof, of “Gregory Gardner” in A Chorus Line and “The Tango Dancer” in Evita. He appeared in two Pulitzer Prize winning shows starring as “Felix” in The Normal Heart and “Mark” in The Shadow Box. Off-Broadway he played the lead roles in two world premieres, Come the Wolves and Heroes Left Behind. A graduate of the Professional Acting Program at Southern Methodist University, Larry most recently appeared on stage as a special guest artist for the Bruce Wood Dance Project filmed for PBS.

Shelley Estes, B.S.E., N.A.S.M, A.C.E, a native of Dallas, Texas, has combined her love of dance, Pilates, teaching and her commitment to fitness and wellness throughout her life as a vocation and avocation. After graduating from the University of Arkansas with a degree in Dance, Shelley has spent the last 25 years as a professional dancer, teacher, gymnastics coach, fitness professional, and Pilates Instructor.  Shelley has spent the last four years teaching Pilates to the dance majors at Southern Methodist University as an adjunct lecturer.