Concert - Love through Space and Time - Rancho La Puerta Learn about our health and safety protocols. 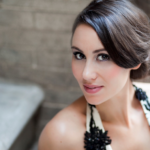 Praised for her “thrilling vocal color” and “sweetly winning” presence, American soprano Anya Matanovic made her international opera debut as Musetta in Franco Zeffirelli’s captivating production of Puccini’s La bohème with the New Israeli Opera’s. In her debut with the Glimmerglass Festival as Micaëla, she was praised for her “sinuous soprano with its golden timbre and silky-smooth legato, [which] charmed the ears immediately…” and “first-class performance” (David Abrams, Musical Criticism).

This season, she will return to Utah Opera to sing the role of Juliette, make her debut with the North Carolina Symphony in Mozart’s Mass in C Minor, and join the roster of the Lyric Opera of Chicago, covering the role of Ginevra in Handel’s Ariodante. She finishes the season with a house and role debut as Abigail in Robert Ward’s The Crucible with Opera Santa Barbara. Last season included her company debut as Mimi in La bohème with Opera Colorado, and debut with the Eugene Concert Choir for Mozart’s Mass in C Minor.

The 2016-2017 season began with an anticipated return to Seattle Opera, as Gretel in Hansel and Gretel. The season also included notable role debuts, including Anne Trulove in The Rake’s Progress with Boston Lyric Opera, and Mabel in Pirates of Penzance with Lyric Opera of Kansas City. She also appeared in concert with the Cleveland Orchestra and Cincinnati Symphony for Mendelssohn’s A Midsummer Night’s Dream. Ms. Matanovič’s 2015-2016 season featured a debut with New Orleans Opera as Adele in Die Fledermaus.

The 2014-2015 season brought anticipated role debuts for Ms. Matanovič, as Violetta in La traviata with Boston Lyric Opera, as well as Stella in Previn’s A Streetcar Named Desire in a return to Kentucky Opera. In the 2013-2014 season the soprano debuted with Opera Memphis, as Gilda in Rigoletto, Arizona Opera, for Musetta in La bohème, the Qatar Philharmonic Orchestra, for Carmina Burana under Alastair Willis, and made a return to the Boston Youth Symphony, as Pamina in The Magic Flute.

During the 2012-2013 season, Anya Matanovič returned to Seattle Opera for Marzelline in Fidelio, and was praised for her “crystalline” and “substantial” tone (Seen and Heard International). She made her role debut as Gilda in Rigoletto with Boston Youth Symphony Orchestra and sang Pamina with both the Crested Butte Music Festival and Utah Opera. She closed the season as Wanda in a new production of Offenbach’s The Grand Duchess of Gerolstein with Santa Fe Opera.

In the 2010-2011 season, Anya Matanovič essayed her first Susanna in Le nozze di Figaro with Madison Opera, returned to Seattle Opera for Erste Dame in Die Zauberflöte, reprised the role of Gretel in Hänsel und Gretel with Utah Opera, and made her anticipated role and company debut with the Glimmerglass Festival as Micaëla in Carmen, conducted by Music Director David Angus.

The 2009 – 2010 season saw Ms. Matanovič‘s company debut as Gretel in Hänsel und Gretel with Kentucky Opera, her official stage debut with Seattle Opera, as Nannetta in Falstaff, an appearance at Madison Opera’s “Opera in the Park”, and her debut with the Richmond Symphony as the soprano soloist in Orff’s Carmina Burana.

In the fall of 2008, Ms. Matanovič made her Opera Cleveland debut as Gretel in Humperdinck’s Hänsel und Gretel, conducted by Artistic Director Dean Williamson, and returned for their spring production of Verdi’s Falstaff as Nannetta. In summer of 2009, she joined the Seattle Opera artist roster for their internationally revered production of Wagner’s Der Ring des Nibelungen, directed by Stephen Wadsworth.

Other notable engagements include New York City Opera, as Frasquita in Bizet’s Carmen, as well as productions of Massenet’s Cendrillon, La bohème, and Purcell’s King Arthur, and Santa Fe Opera, as a “pert, appealing” Papagena in Mozart’s Die Zauberflöte.

Ms. Matanovič is a graduate of the Seattle Opera Young Artist Program, where she appeared in their productions of Britten’s The Turn of the Screw, as Flora, Mozart’s La Serva Padrona, as Serpina, and Falstaff, as Nannetta.

Anya Matanovič made her professional opera debut, directly from her undergraduate studies, as Mimì in the Los Angeles commercial engagement of Baz Luhrmann’s Tony Award-winning production of La bohème. She appeared in University of Southern California’s Thornton School of Music productions of The Crucible, Gianni Schicchi, and Hänsel und Gretel.

Ms. Matanovič is equally comfortable on the concert stage, having appeared with the Portland (OR) Chamber Orchestra, Hoku Concert Series in Hawaii, the Palm Springs Orchestra and the Music of Remembrance Concert Series in Seattle. Ms. Matanovič was also a Regional Finalist in the Metropolitan Opera National Council Auditions and has been a prizewinner in competitions sponsored by such institutions as the Gerda Lissner Foundation, Opera Buffs, Leni Fe Bland, and the Sun Valley Opera.  She is a co-founder of NachtMusik, an operatic outreach group dedicated to bringing opera to the many different communities of Los Angeles.

Anya was born in Madison, Wisconsin and raised in Issaquah, Washington to a Slovenian-born father and an American mother. The soprano, her husband, television writer John P. Roche, and their daughter, Zara, spend their time between Vermont, Los Angeles and New York. 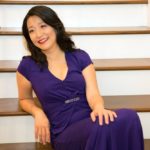 “Warm, grand, and rich”, Cheryl Lin Fielding’s pianism has been praised by the New York Sun, and throughout the world. Her performances have taken her to major venues including Alice Tully Hall at Lincoln Center, Carnegie Weill Recital Hall, Merkin Recital Hall, Tanglewood Music Center, Music Academy of the West, Aspen Music Festival, Jacob’s Pillow Dance Festival, Juilliard Theater, the Mark Morris Dance Group, and the Getty Museum.  Fielding has been honored with the Grace B. Jackson Prize in Excellence by the Tanglewood Music Festival, recognized by the National Foundation for Advancement in the Arts, and three times received the distinguished Gwendolyn Koldofsky Award in Keyboard Collaborative Arts.  Her musical studies began at the age of three in Taiwan, first on the piano and later the violin. She continued through dual master’s degrees at the Juilliard School (Piano Performance and Collaborative Piano) and the Doctor of Musical Arts in Keyboard Collaborative Arts at the University of Southern California, with extended emphasis in Vocal performance. Fielding has served as music director and vocal coach for Opera Chapman at the Hall-Musco Conservatory of Music, Operafestival di Roma, an adjunct professor at California State University at Northridge, Azusa Pacific University, and Chapman University. She was an adjudicator for NATS and Spotlight Awards, and served as a pianist for the Aspen Music Festival, Music Academy of the West, the Juilliard School, Los Angeles Opera, Operalia, and OperaWorks. Dr. Fielding also served as vocal coach and pianist for USC Thornton Opera, Operafestival di Roma, Opera Pacific, and as the Principal Coach at Opera San Jose and Opera Santa Barbara. She is currently on the music staff as a coach and pianist for Dolora Zajick’s Institute of Young Dramatic Voices, and as a Lecturer and opera coach for UCLA Opera at the Herb Alpert School of Music.