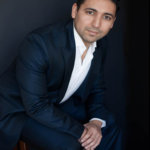 The San Francisco Chronicle exclaims, “For theatrical charisma and musical bravado, it would be hard to top the performance of baritone Efraín Solís.”  He is a recent graduate of the San Francisco Opera Adler Fellowship and while with the company sang his first performances of Papageno in Die Zauberflöte, Dandini in La cenerentola, Schaunard in La bohème, Silvano in Un ballo in maschera, Sciarrone in Tosca, and Prince Yamadori in Madama Butterfly.  Recent engagements for the American baritone include performances with Opera Carolina, Virginia Opera, and Toledo Opera, Slook in La cambiale di matrimonio with Nicholas McGegan conducting Philharmonia Baroque, and Glass’ Hydrogen Jukebox with West Edge Opera.  He also joined the New Century Chamber Orchestra and Na dja Salerno-Sonnenberg as Gaspar in a semi-staged production of Donizetti’s Rita and the Berkeley Community Chorus and Orchestra for Britten’s War Requiem.  An active recitalist, he joined Steven Blier and the New York Festival of Song for its Compositura program and was presented in a Schwabacher Debut Recital in San Francisco.  He is an alumnus of the prestigious Merola Opera Program in association with San Francisco Opera.  He is also a former member of Opera Santa Barbara’s Studio Artist Program.  In 2013, he was a Grand Finalist in the Metropolitan Opera National Council Auditions. He was also a finalist in Houston Grand Opera’s Eleanor McCollum Competition.  He holds a Master of Music from San Francisco Conservatory of Music. 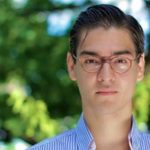 Antonius Nazareth was born in Verona, Italy, into a family of musicians. His father, Daniel Nazareth, was a symphonic conductor, and his mother, Wiebke, a talented singer. He began training as a concert pianist at age seven and was lucky enough to learn from the most brilliant teachers all over Europe, from Monte Carlo, to Rome, to Vienna, to Amsterdam, to Freiburg, and to Hamburg before finally heading to New York City. In NYC, Antonius started composing his own music. After attending Mannes and MSM, and starting (and quickly breaking off) an undergrad at NYU in music composition, he created “AVbyte” (youtube.com/AVbyte), a youtube channel on which he created short musical comedy videos that have collectively garnered close to a billion views and over a million subscribers. He now lives in Hollywood with his young, German Shepherd, Zeddicus Z’ul Zorander.