Fred Benedetti, Martha Aarons and Lev Polyakin invite you to a concert covering a broad spectrum of music featuring guitar, flute and violin. Their programs will include works by composers of several countries and eras, and the music ranges from charming to extremely virtuosic. Join us in Oaktree Pavilion, where the acoustics are perfect and the atmosphere is casual! 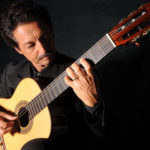 Fred Benedetti was born in Sasebo, Japan and began playing the guitar at age nine. In 1986 he was one of 12 guitarists chosen worldwide to perform in the Master Class of Andrés Segovia at USC where Guitarra Magazine wrote, “…Fred Benedetti amazed the audience with his performance of the (Bach) Chaconne…” Fred has performed in the United States, England, Germany, the Czech Republic, Canada, Taiwan and Mexico and locally with the San Diego Symphony, the San Diego Opera, the Starlight Opera, the American Ballet Company, the Old Globe Theatre, Luciano Pavarotti, and jazz artist Dave Brubeck.  Presently he is a full-time professor of music at Grossmont College where he is chair of guitar studies and is the head of the classical guitar faculty at San Diego State University.  Fred is listed in “Who’s Who Among America’s Teachers-2002” and received an “Outstanding Faculty Award” in 2001 from SDSU, the “NISOD” Excellence in Teaching award from the University of Texas at Austin in 1992 and an “Outstanding Chair” award in 1990 from Grossmont College.

Equally at home playing classical music or contemporary music, he records on the SBE label

and Domo Records with four noted ensembles: Keltik Kharma (a celtic band), The Odeum Guitar Duo, given the honor by the magazine, Acoustic Guitar, as being one of the ten best independently produced guitar CDs for the year 2000, “Blurring the Edges” a recipient of the 1994 San Diego Music Awards “Best Pop-Jazz” album of the year featuring jazz musicians Peter, Tripp, and Hall Sprague, and the acclaimed Benedetti/Svoboda Guitar Duo. 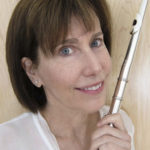 Martha Aaron’s professional career began with her appointment as principal flute of the North Carolina Symphony, after which she played with the Cleveland Orchestra for 25 years. After becoming a freelancer in 2006, she performed often with the Philadelphia Orchestra. During this time she also appeared as guest principal flute with the Metropolitan Opera, Minnesota Orchestra, Milwaukee Symphony, San Diego Symphony, Baltimore Symphony, Mostly Mozart Festival, Jakarta Sinfonia, and the World Orchestra for Peace. Ms. Aarons served as Artist Faculty with the Aspen Music Festival for 19 years and has played in the Grand Teton Festival as well. In May of 2015, she participated in the Cubadisco music festival in Havana, Cuba. She has been soloist with the Cleveland Orchestra, North Carolina Symphony, Aspen Chamber Symphony, and Ohio Chamber Orchestra. In 2003 Ms. Aarons performed the Aspen Music Festival premiere of the Flute Concerto by Christopher Rouse. Her CD, The History of the Tango, is recorded on the Azica label. It additionally features pianist Frances Renzi and Grammy-winning guitarist Jason Vieaux. 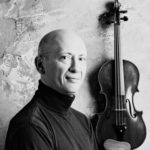 At age 21 Lev Polyakin, violin, was appointed co-concertmaster of the Moscow Chamber Orchestra. In that position he was regularly featured as soloist, with many of his performances recorded by Melodia. In the U.S. he served as assistant concertmaster of the Cleveland Orchestra, as well as concertmaster of the American Academy of Conducting in Aspen Music Festival. In 1984 Lev won several prizes in two international violin competitions, Carl Flesch in London and Romanini in Brescia, Italy. In addition to his solo performances with the Moscow Chamber Orchestra, Mr. Polyakin has appeared as soloist with the London Mozart Players, Royal Philharmonic, and Cleveland Orchestra. Recording credits include Melodia, BBC, National Public Radio, and Decca. He is prominently featured on a CD of the chamber music of Paul Schoenfield, which was nominated for a Grammy. Mr. Polyakin has a special interest in jazz and has recorded three CDs with his group “Russian Blue.” The albums are entitled Russian Blue, The Other Side of the Road, and Christmas Kaleidoscope