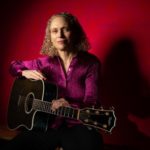 Guitar Virtuosa, Mimi Fox
Internationally renowned guitarist/composer/recording artist Mimi Fox has been named a winner in 6 consecutive Downbeat Magazine international critic’s polls and has been recognized by writers and colleagues alike as one of the most eloquent guitarists on today’s scene. In one of many feature stories, Guitar Player Magazine hailed Mimi as “a prodigious talent who has not only mastered the traditional forms but has managed to reinvigorate them.” In a further nod to Mimi’s guitar artistry, and in conjunction with Heritage Guitars’ 30th anniversary, the historic Kalamazoo guitar company has rolled out the Mimi Fox Artist Signature model. 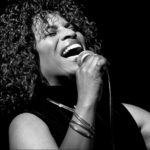 Clairdee, vocalist
Heralded for her inventive artistry and magnetic stage presence, Clairdee’s lustrous voice and expressive delivery hearken back to a time when jazz, pop, and rhythm and blues often blended seamlessly together. Combining scene-stealing charisma with heartfelt humility and a sincere belief in the transformative power of music, Clairdee’s soulfully alluring vocal style has been featured in concert halls, festivals and nightclubs from Monterey, Edinburgh, Tokyo, Bangkok, Toronto, Paris, Moscow, and St. Petersburg Russia — to New York, New Hampshire, San Francisco and points in between. 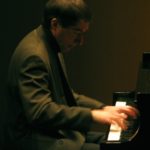 Ken French, pianist
A composer and arranger, Ken is passionate about jazz, blues, and the rich tradition of the American Song Book. With early training in classical piano, and university studies in philosophy and music composition, Ken has honed his craft for over two decades on world class stages from New York to Tokyo, including the Monterey Jazz Festival and SFJAZZ Center in San Francisco. He is inspired by performing with such legendary artists as Mary Stallings, John Handy, and Wynton Marsalis. As an educator, Ken shares his musical passion through the San Francisco Symphony “Adventures In Music” concerts for children, in private teaching, and with his creative arrangements and musical direction while touring with international jazz vocalist Clairdee.