January is a popular time for people to think about improving their health, which often includes plans for a cleanse or detox. While we often think of overindulging in less healthy food as the primary source of toxins, in truth, it is normal to have toxins in the body. Toxins are produced by normal metabolic processes in our cells, from the breakdown of medications as they are utilized, from exercise, and from foods we eat. Toxins also enter the body through our skin and we inhale them as we breathe. Our bodies have a system to detoxify harmful compounds around the clock, yet we can enhance this system in two ways. The first is limiting the number of harmful compounds entering the body. The second is to include foods containing the nutrients needed to detoxify these compounds efficiently.

Detoxification consists of several stages. A good intestinal barrier prevents many unwanted substances from being absorbed while regulating the uptake of excess nutrients and other molecules. The liver then takes spent compounds like nutrients, medications, and metabolic by-products and converts them into molecules that the kidney can then filter out. Once put into the urine, we complete the detoxification process when we urinate.

Reducing your exposure to unnecessary toxins helps lessen the burden on the detoxification system. Nutrients needed for detoxification can be used elsewhere in the body when there are fewer toxins to remove. Choosing organic produce, clean beauty products, and improving the air quality in your home is a great start. In addition, you can include foods that contain folate and sulfur to support the liver and kidney. Plants in the allium family are great sources of sulfur, while Brassicas or cruciferous plants offer both folate and sulfur. Folate contributes methyl groups in detoxification cycles, while sulfur is a necessary component for many sulfur-dependent detoxification processes.

The Crucifer family includes many of our winter favorites: broccoli, kale, cauliflower, and cabbage. Radish, watercress, and Swiss chard are lesser-known crucifers. These garden powerhouses contain sulfur compounds called glucosinates which are broken down into isothiocyanates. Once absorbed, isothiocyanates are quickly converted to glutathione, one of the most powerful antioxidants in the body. To get the most isothiocyanate, crucifers are best chopped and exposed to air before cooking. Oxygen activates the enzyme myrosinase which is necessary to generate isothiocyanate. Boiling crucifers without adequate exposure to oxygen inhibits the action of myrosinase and limits the amount of these beneficial compounds. The best advice is to ‘hack and hold’ cruciferous vegetables. Allow them to rest for about 40 minutes after chopping and before they are cooked.

Alliums are another major source of sulfur compounds and include garlic, onions, leeks, and chives. These are easy ingredients for most of us to add to our diets. Just like crucifers, garlic relies on an enzyme to activate sulfur-containing compounds called thiosulfinates. Crushing or chopping garlic and allowing it to stand for 10 minutes allows the enzyme allicin to create thiosulfinates which can also be converted to the antioxidant glutathione. Onions, leeks, and chives have other potent enzymes that also release beneficial sulfur compounds. Unlike garlic, these alliums are best cooked soon after chopping as the sulfur compounds can become bitter over time when exposed to air.

Overall, that is a lot of chemistry. It is a bit simpler to just enjoy this month’s recipe from Chef Reyna chock full of kale and garlic. It is designed to provide folate and sulfur and to help you start the New Year with detoxification in mind. Enjoy and be well! 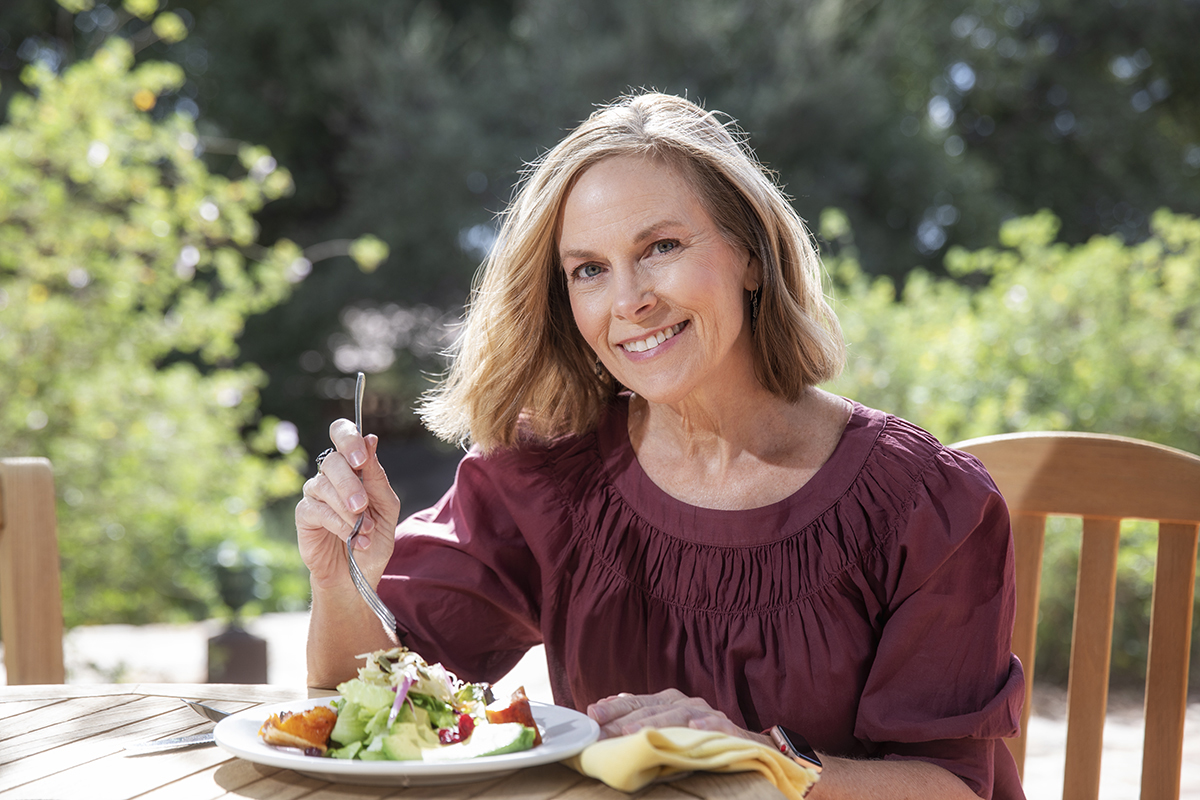 Linda is the founder of Nutrition Muse and current Director of Nutrition at Lifewellness Institute in Point Loma, CA. She is responsible for patient clinical care and corporate wellness education for local and international corporations. Using the premise that ‘every molecule in your body is sourced from food’, she focuses on food as the foundation for health. She supports her clients through lifestyle changes to make the most impact on health.

Watch Linda’s interview with Barry on Voices of The Ranch.

Important notice: due to a power outage in Tecate the reservation department is unavailable at this time.  We invite you to send an email to reservations@rancholapuerta.com or leave a voicemail at 800-443-7565. We will get back to you as soon as possible.