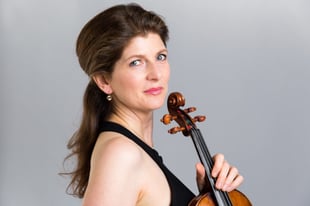 Monique Mead has been a lifelong advocate of classical music as a violinist, educator and innovator. Since 1998, she has appeared regularly on German television and radio featuring her interactive youth concerts with prestigious German orchestras in Berlin, Munich, and Cologne, among others.  In the U.S. she has collaborated with the Pittsburgh Symphony, San Diego Symphony, Mainly Mozart, Orcas Island, Rockport Festival, and other organizations to create engaging concert experiences.  She currently serves as Board Chair of Chamber Music Pittsburgh and Artistic Director of a Chamber Festival at Rancho la Puerta in Mexico.

As Director of Music Entrepreneurship at Carnegie Mellon School of Music, Monique is dedicated to helping students forge new pathways for musicians in the 21st century.  Having taught violin for over 30 years, Monique is also on faculty at the Carnegie Mellon Preparatory School and recently founded Summer Strings Camp at NatureBridge, a music and nature retreat for high school students at Olympic National Park in Washington.

Other interests include yoga, hiking, homegrown cuisine, and performing with her two talented teens.  She performs on a 1717 Stradivarius violin, graciously on loan from Carnegie Mellon University.