We Are All Recovering From Something - Rancho La Puerta Learn about our health and safety protocols.

We Are All Recovering From Something 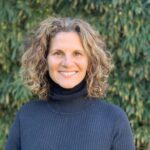 Fay Zenoff is a nationally respected recovery advocate, consultant and coach for individuals, families and organizations focused on ending the stigma of addiction and supporting resiliency in recovery.  Her work and experiences have been the subject of numerous articles and interviews including in The New York Times, Bloomberg Business Week, USA Today and NPR. Prior to launching her private practice, Fay led a social-impact, non-profit based in San Francisco during which time she was on the frontlines of fighting stigma and providing direct-services to those in need. Fay is originally from New York City, built her career in California, has an MBA from The Kellogg Graduate School of Management at Northwestern University, a BA from Sarah Lawrence College and lives in Northern California where she raised her family. Fay has been in recovery since 2007. Learn more at www.fayzenoff.com.

Learn to Do Your Own Podcast